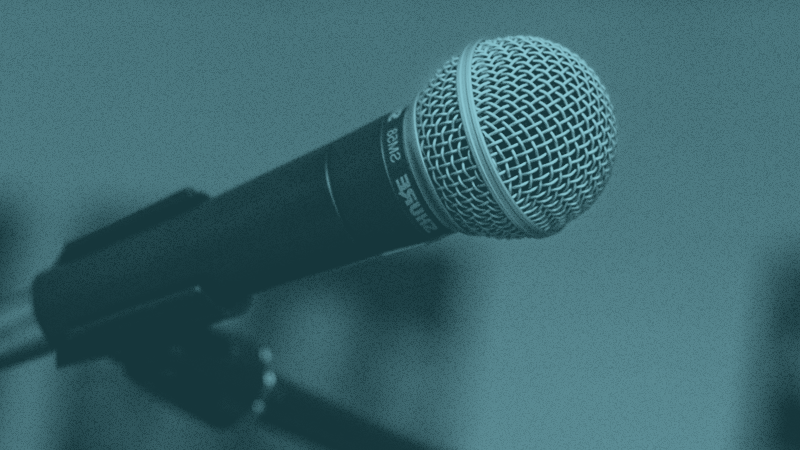 The Editors’ Bootcamp is for people who have historically been underrepresented as story editors: Black and Indigenous storytellers and other people of color, the LGBTQ+ community, Latinx folk, and people with disabilities.

As the podcasting industry continues to grow, there is more and more of a need for editors who know how to improve stories, have unforgettable characters, and create streamlined plots and surprising twists that keep people listening.

The audio industry isn’t diverse enough, even more so when it comes to the ranks of story editors. Neon Hum Media wanted to start this Bootcamp to get underrepresented folks into the room where it happens. Story editors not only decide what stories to pursue but how to tell them once they are greenlit. You can have a big impact.

With the rise of narrative podcasts, editors are high in demand, but there aren’t enough ways for people who want to become editors to get the skills they need to break into the industry. Our hope is that this Editors’ Bootcamp will help fix that. 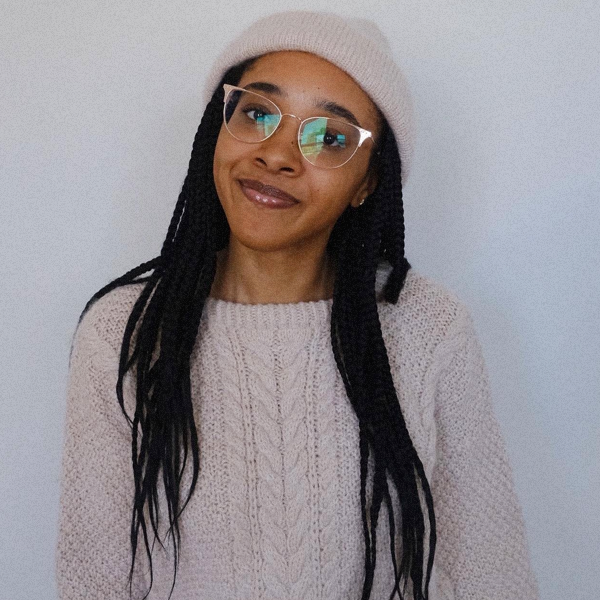 Danielle Hewitt is a podcast producer based in Brooklyn, New York. She is currently a senior producer for Prologue Projects where she produces narrative documentaries and chat shows. Her most recent project is an investigative documentary about the music industry that will be released in early 2023.

Before Prologue, she worked for Slate Magazine. In her 4 years there, she produced The Waves, a show about gender and feminism, and What Next, a daily news show. At What Next, she covered everything from the capitol riots to the Great Resignation to the fight for police reform in Minneapolis.

Danielle attended Georgetown University where she got her start producing podcasts for The Georgetown Voice. In her spare time, she enjoys knitting and hanging out in Prospect Park. 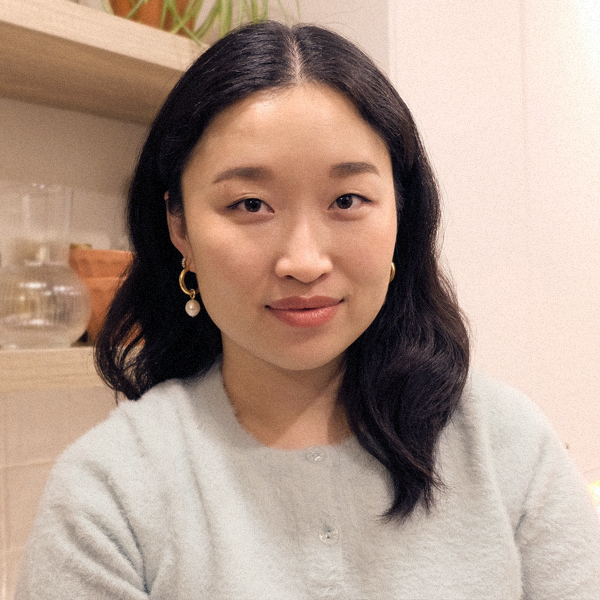 Eunice Kim is an audio producer, journalist and 1.5-generation Korean Canadian. She currently works at CBC Podcasts, where she’s produced, developed and helped launch over a dozen award-winning shows. They've run the gamut of genres and formats, from long-form investigative series like Someone Knows Something and Uncover to history and science deep-dives like Tai Asks Why and Stuff the British Stole.

Her projects have been recognized by Amnesty International and New York Festivals Radio Awards, and have earned critical acclaim from The New Yorker, The Atlantic, The Guardian, The New York Times, Rolling Stone and more. She's always been drawn to stories that deepen public understanding and reveal the intimate power of collective memory. 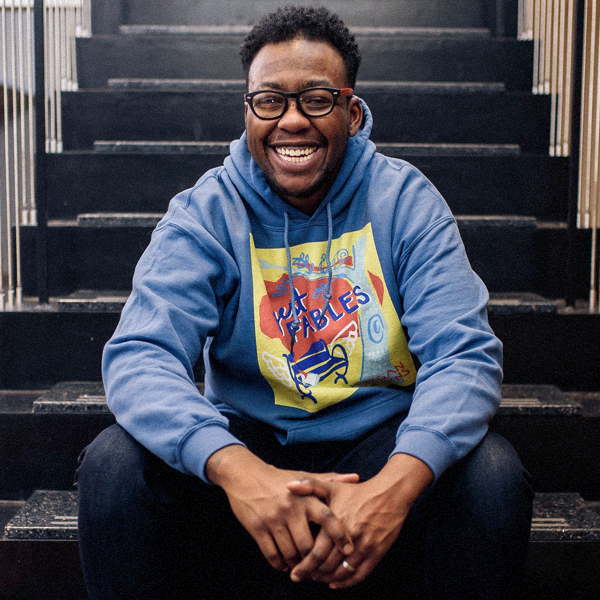 Morgan Givens is a storyteller, writer and performer based in Washington, DC. Named one of Variety Magazine’s 2021 Storytellers to Watch, he works as a developer and consultant for networks from public radio stations to Hollywood. Morgan is a graduate of the Transom Storytelling workshop. While there, he created the first historical fiction piece in the workshop's history when he made "Runaway". Morgan is a former AIR New Voices scholar and works to mentor and support diverse talent in the industry. Creating space for other underrepresented groups in the audio industry is important to him. As an autistic Black transman in this space, he appreciates the gift of his differences and the influence those differences have on his art, the audio he creates and the stories he believes should be told.

Morgan cut his teeth in audio at the daily news and talk show 1A. While working at 1A he collaborated with Texas Tribune reporters Aliyya Swaby and Alexa Ura on Dis-Integration, and used tape originally collected for use in print reporting to create a show that tells the story of the Texas Longview School District’s efforts at integration. He is also the creator of the award-winning and critically acclaimed show Flyest Fables. When he’s not creating audio, he enjoys hosting and storytelling for The Moth and can often be found with a book or his Nintendo Switch. 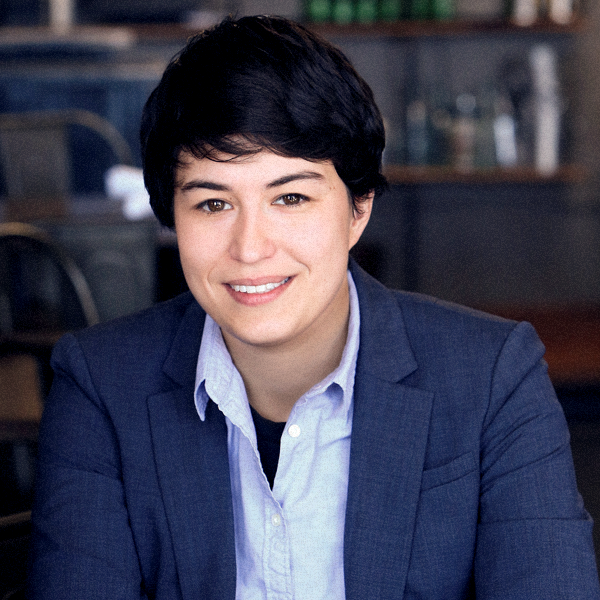 Sarah Whites-Koditschek is an investigative reporter at AL.com covering inequality issues from Birmingham, Alabama. She previously worked in public radio as a reporter and producer at member stations and as a freelancer for National Public Radio and American Public Media’s Marketplace. Sarah has won a national PRINDI Award and a Regional Edward R. Murrow Award. She has a master’s degree from the Columbia School of Journalism’s Stabile Center for Investigative Journalism, and she completed a fellowship at the Wisconsin Center for Investigative Journalism.

Sarah was a senior producer for Oxford American's Points South podcast, a program on the history and literature of the South.  She began her career in public radio with stints at National Public Radio, Oregon Public Broadcasting, and WHYY.

Sarah is a queer woman who enjoys playing viola in chamber music groups, going on backpacking adventures in the woods, and hanging out with her partner and dogs. Stephanie Werner is a journalist and podcast producer hailing from the Pacific Northwest. She was a producer on Every Little Thing from Gimlet Media where she helped answer factual emergencies like: Why do we cry? How many times should you shuffle a deck of cards? Why does the wind make me angry?

Stephanie has launched and produced podcasts for HuffPost Canada, Yahoo Canada, and Global News. While at HuffPost Canada she produced the award-winning miniseries Born and Raised, a podcast about the children of immigrants. Stephanie is a third-generation Canadian raised in a German-Chinese household in the suburbs of Vancouver, BC.

Stephanie completed her Master of Journalism at Toronto Metropolitan University.

When not courting eyestrain as she edits audio while sitting way too close to the computer screen, she enjoys riding her bike on warm summer nights, dissecting pop culture with friends over bubble tea, and fostering local street-cats. 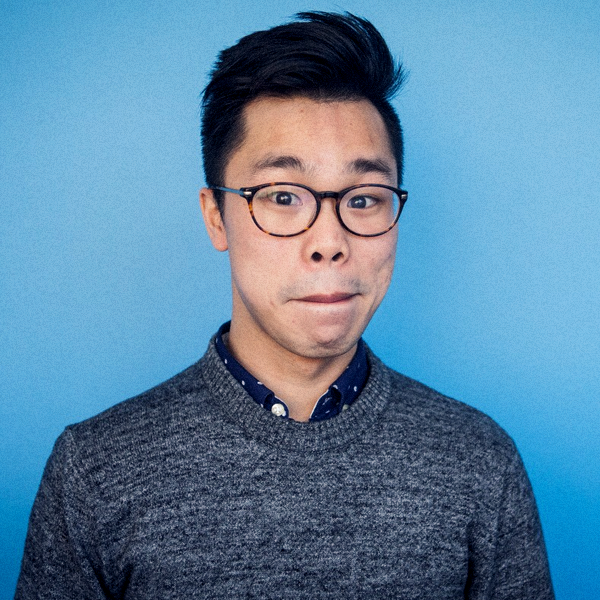 Thomas Lu is a Vietnamese-American journalist and producer based in Washington, DC. He is a producer for NPR’s daily science podcast, Short Wave, where he has worked on stories ranging from why some people enjoy spicy foods to how science can be more accessible to disabled scientists.

Thomas previously explored the contradictions of human behavior with Hidden Brain—producing and sound-designing episodes such as the importance of the human voice. He contributed to the episode “The Ventilator,” which earned an Edward R. Murrow Award.

Thomas has also worked at All Things Considered, Pop Culture Happy Hour, How I Built This, It’s Been A Minute, and Code Switch. He’s a 2020 AIR New Voices Scholar. Thomas enjoys watching The Golden Girls, running (slowly), and teaching himself film photography. 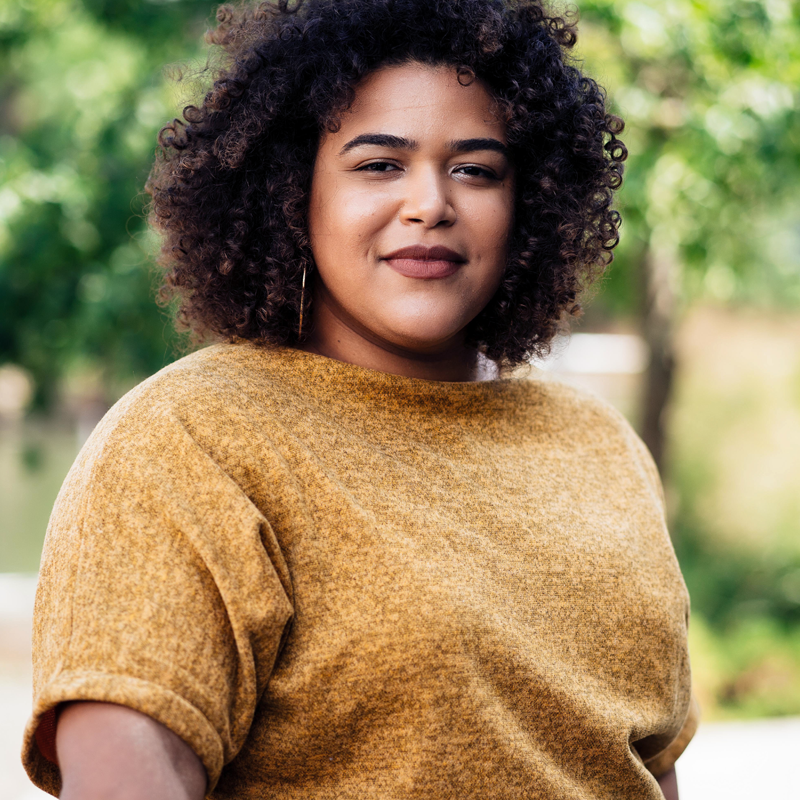 Emanuele Berry is the Executive Editor of This American Life. She came to This American Life from Gimlet Media. There she worked on several shows including The Nod, Undone and StartUp. Previously, Emanuele worked as a public radio reporter in Michigan and Missouri. She is also the recipient of a 2015 Fulbright award to Macau, China. 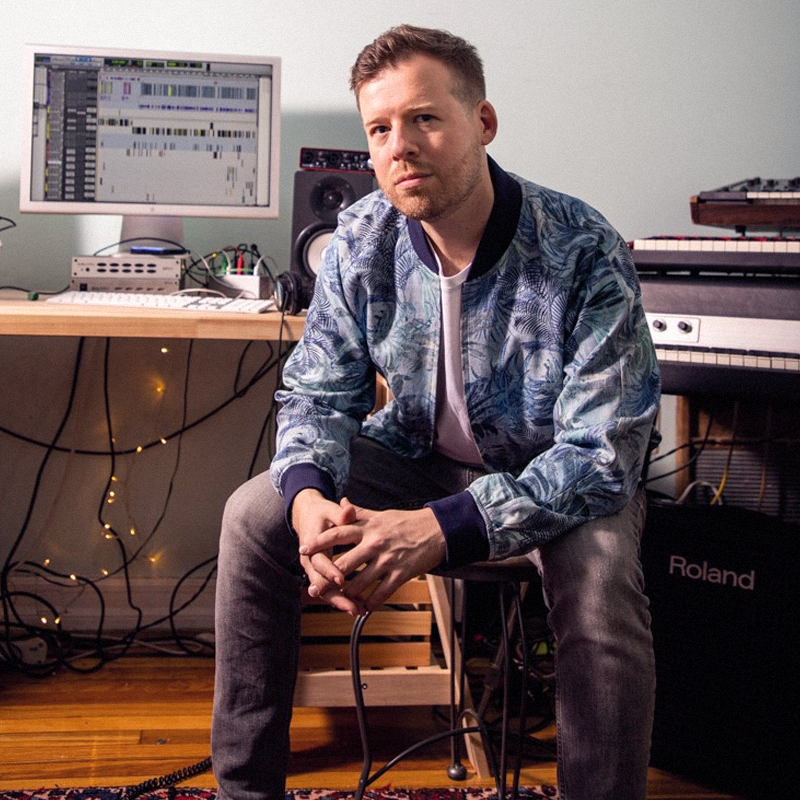 Marlon Bishop is a Peabody-award winning journalist and producer who currently serves as the VP for Podcasts for Futuro Studios, where he has been a key part of the creation of hit shows like LOUD: The History of Reggaeton, Anything for Selena, Norco 80, Suave and La Brega. Marlon has an audio and radio career spanning 14 years and includes stints at WNYC and MTV, cover stories for major music magazines like The FADER, several years leading the public radio show Latino USA, and creating audio stories for shows like This American Life, Planet Money and All Things Considered, filed from around the world. He is a child of Queens, NYC. 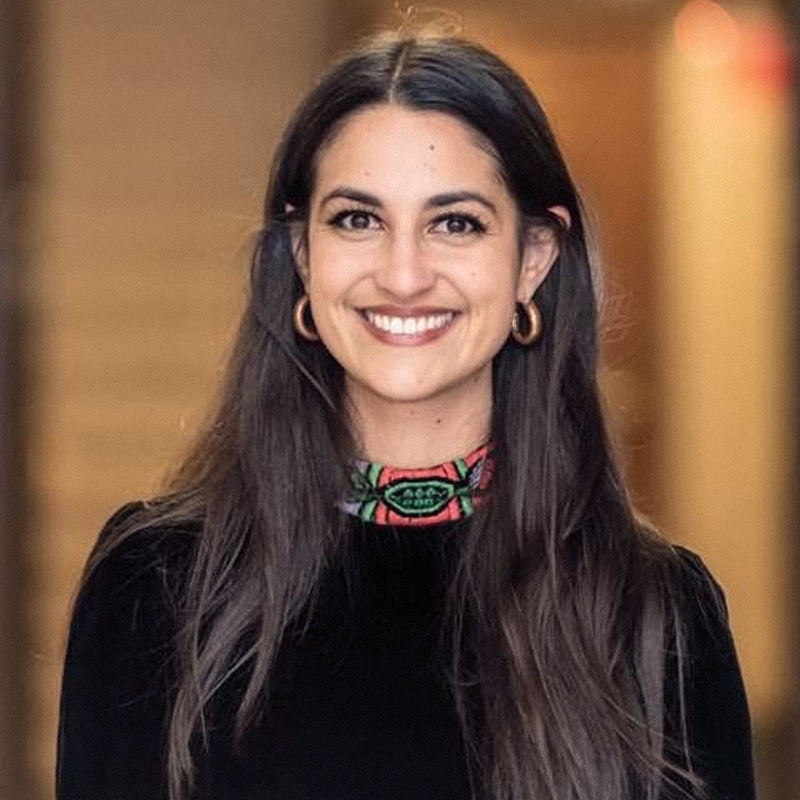 Antonia Cereijido is the Executive Producer of LAist Studios and the host of the LAist podcast Norco '80. She was a senior producer on Anything for Selena and a producer for six years on NPR’s Latino USA and hosted her own segment "The Breakdown." She has hosted podcasts for Mic and Slate. Her work has appeared in The New York Times, Code Switch, and NPR’s All Things Considered. 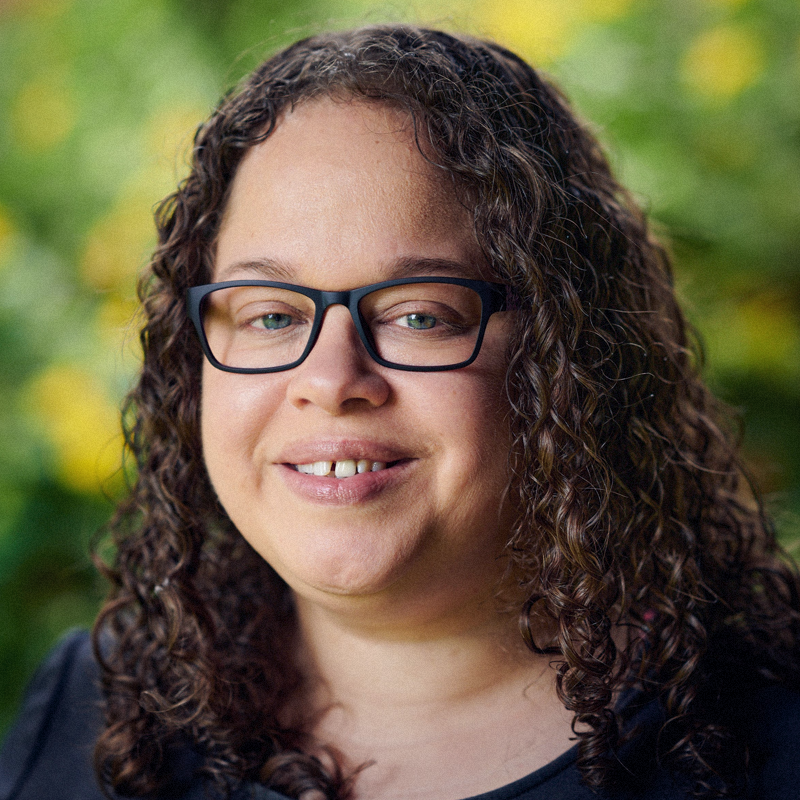 Phyllis Fletcher is a senior story editor for Wondery. She is a decorated editor, mentor, teacher and coach with two decades of distinguished service in journalism. Her podcast portfolio includes documentary, investigations, history, comedy and advice. Phyllis’s work has been recognized with two Gracie Awards, two Salutes to Excellence from the National Association of Black Journalists and a Sigma Delta Chi medal. She has been named a Friend of Scholastic Journalism by the Journalism Education Association, and her peers in radio named her their inaugural Editor of the Year. Her research on the unique ethical challenges faced by journalists from marginalized groups is published in the Handbook of Global Media Ethics from Springer International. 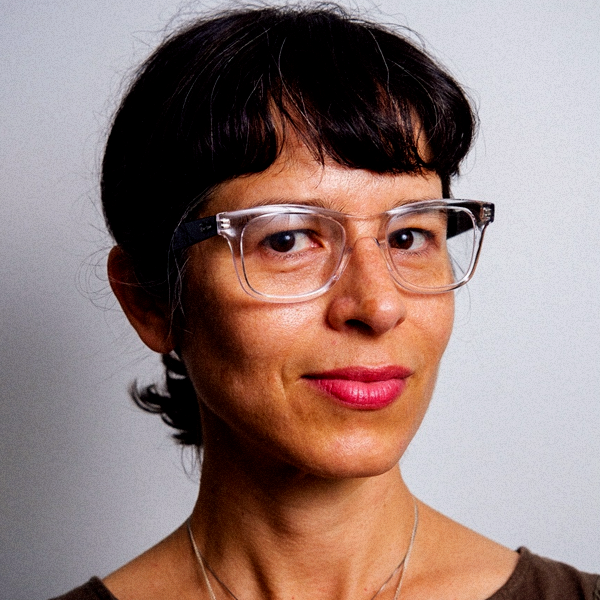 Ruxandra Guidi has been telling nonfiction stories in print and audio for almost two decades as part of Fonografia Collective. Currently, she is a freelance narrative podcast editor and contributor to various podcasts and long form magazines, in both English and Spanish, and an assistant professor of practice and assistant director of the Bilingual Journalism Program at the University of Arizona School of Journalism. Most recently, she reported and produced Season 1 of Foreign Policy’s The Catch, and edited Lava for Good’s Bone Valley. She lives in Tucson, Arizona, with her family and their cat, Ocho.

Sophia Paliza-Carre is a French-Peruvian producer and editor who grew up in the Midwest. She began working in audio at her college's storytelling project and then jumped headfirst into the world of public radio. She's written, reported and produced for outlets like WNYC, The Moth, and Latino USA. Most recently, she worked at Futuro Studios on the shows Loud: The History of Reggaeton, Anything for Selena, and Norco 80. She's now a Senior Producer & Editor at LAist Studios. 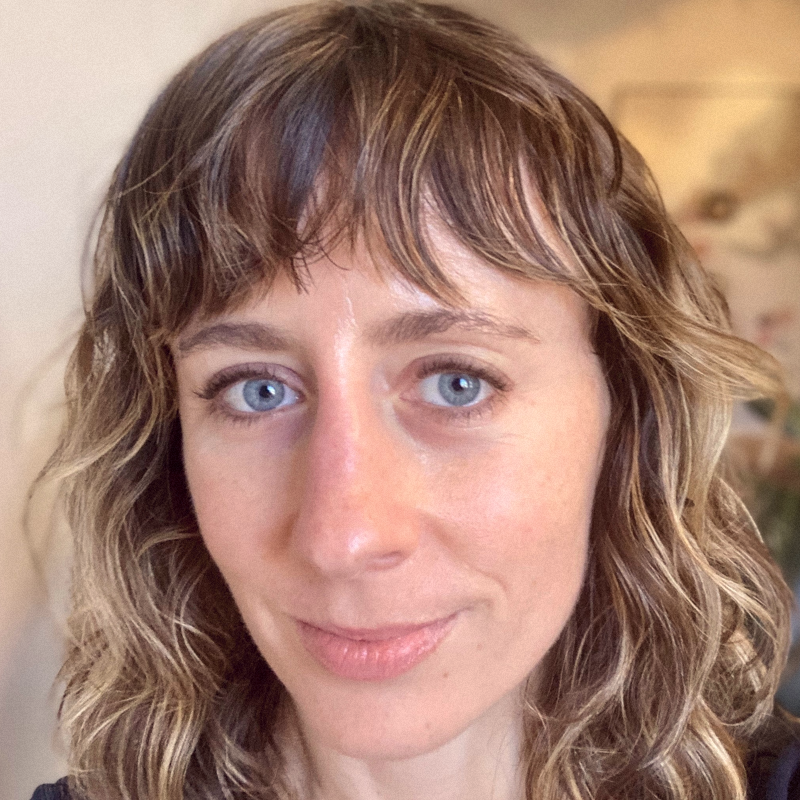 Audrey’s narrative podcast Aftereffect from WNYC Studios won a Newswomen’s Club of New York Award, a National Center on Disability Journalism Award, and was a Scripps Howard and Third Coast finalist. Her other stories have won PRNDI and Deadline Club awards for investigative reporting, and her investigative work has also been recognized by the Fund for Investigative Journalism, Type Investigations, and published in the New York Times. She was a 2017 Rosalynn Carter Mental Health Reporting Fellow.

She lives in Brooklyn with her partner, child, and way too many plant babies. 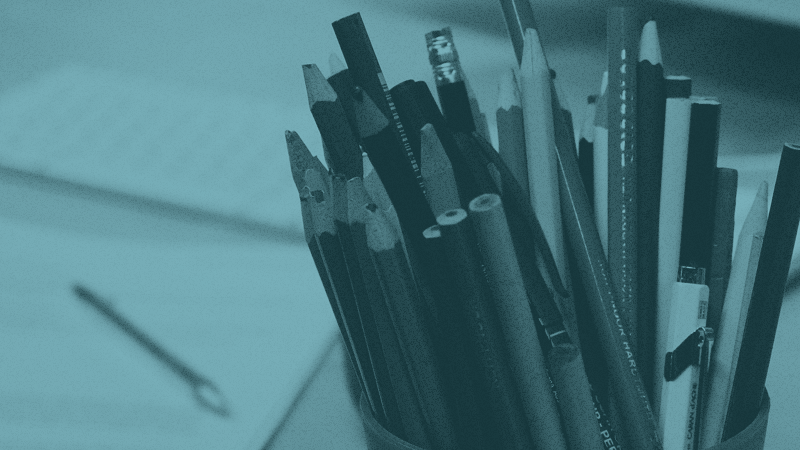 What We Are Looking For 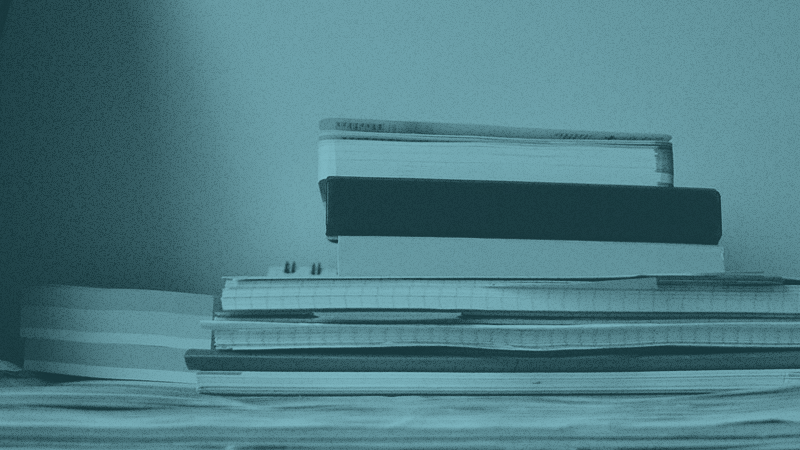 Six participants will meet online for two classes each week. Each session will be from 6 to 8:30pm ET over Zoom.

Each week, participants will have editing homework between classes that will take at least 6 hours to complete but could take up to 8-10 hours. Homework is assigned at Thursday night’s class and is due Monday night ahead of Tuesday’s class so you have the weekend to work on it. The goal is to learn by doing and participants are expected to participate in class discussions. Participants will need to have a computer and steady Wi-Fi. You will need to commit to attending all sessions, barring emergencies, and finishing all homework thoroughly. You will get feedback from either a guest teacher or Catherine Saint Louis.

Participants will get hands-on learning designed to prepare them to take on editing jobs. You will learn:

Each week, a different teacher will co-teach and give students feedback on their editing. No two story editors are the same, so you will learn different editor’s styles and best practices. Teachers work in the field right now and will talk about their professional journeys as well as the roadblocks.

Several different times during the Bootcamp, there will be office hours for participants to sign up for one-on-one sessions with Catherine Saint Louis, the Executive Editor at Neon Hum and the founder of Editors’ Bootcamp.

There is no tuition.

Funding is made possible by Sony Music Group’s fund to support social justice and anti-racist initiatives and by Neon Hum Media.